The History of Heating Systems 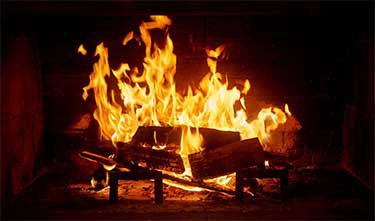 Here in NYC, heating is an essential part of maintaining comfort throughout the harsh winter. Though we rely on it now, it’s important to remember that humans struggled for thousands of years in hopes of developing reliable, effective heating systems!

In the ancient world, buildings were often constructed with passive solar heating in mind. As Rome developed advanced systems of concrete construction and aqueducts, active heating became possible: Hot air was channeled from a furnace through pipes located in the walls.

The fall of Rome robbed Europe of these ideas – little did people realize, however, that they had developed elsewhere. Architects throughout the flourishing Middle East had systems for warming entire buildings using pipes in the floor.

As the new European states climbed out of Rome’s wreckage, heating was important. Fireplace heating developed as early as the 800s and was virtually everywhere in Europe by the 1200s. Fireplaces were constructed of stone, and the biggest ones were found in the castles of the time.

It took another 400 years or so before the Frenchman Louis Savot invented the raised grate: An innovation crucial to the circulating fireplace. Cold air entered the hearth, was heated, then proceeded into the room through openings above the mantle. Similar ideas spread to England.

The Beginnings of Modern Heating

Though fireplaces and stoves took root in Europe long before the Industrial Revolution, they still could not provide for deep, reliable, affordable heat. In the 1850s, people still looked on heating as a struggle of humankind with no end in sight. However, this started to change in 1895.

American businessman Dave Lennox, for whom Lennox International is named, created the first riveted steel furnace that year. His designs used convection for more efficient heating. Soon after, electrical heating elements made their debut thanks to the work of metallurgist Albert Marsh.

U.S. entrepreneur Alice Parker received the first central heating system patent in 1919. It was the first system capable of continuous, efficient heating for large spaces, and was followed in 1935 by the first forced convection wall heater using a coal furnace and electric fan.

World War II and the advent of the skyscraper era spurred the development of the first modern, large-scale HVAC systems. These incorporated heating as well as air conditioning, which first appeared in 1902. Today, efficient, cost-effective heating is widely available.

Today’s heat no longer relies on the dirty, dangerous tasks of gathering and burning fuel. Still, it’s more important than ever that large-scale temperature control systems be efficient to deliver the best performance at the lowest price. For help with your commercial heating system, contact Donnelly Mechanical.