How HVAC Systems Can Prevent Legionnaire’s Disease From Spreading

You might not know it, but Legionnaires’ disease is one of the most serious public safety hazards in the city of New York. Legionnaires’ disease, caused by the Legionella bacteria, has a fatality rate between 5% and 30%. Because the main symptoms are also common to a variety of other illnesses – including fever, chills, and a cough, among others – it is often difficult to obtain an accurate diagnosis of Legionnaires’ disease before the infection has progressed significantly. 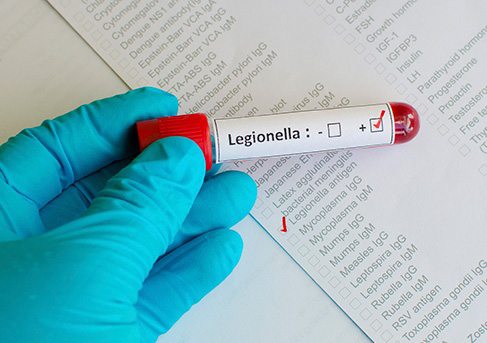 As a form of pneumonia, Legionnaires’ is often indistinguishable from other forms.

How does this relate to your commercial HVAC system? Legionnaires’ disease does not transmit from person to person: Instead, it typically invades the system after someone inhales aerosolized droplets that contain the bacteria. As the number of Legionnaires’ disease cases rose sharply from 2002 onward, public health officials struggled to comprehend the cause. Since 2008, however, one factor has been clear: HVAC systems! An HVAC system with improper maintenance can be a major factor in incubating and spreading this deadly bacteria, so property owners must be aware of it.

The bacteria that causes Legionnaire’s disease thrives in stagnant water that has been allowed to grow warm – its ideal temperature is above 90 degrees Fahrenheit. Thus, its main point of contact for users of commercial buildings is cooling towers within large, centralized cooling systems. The first outbreak of Legionnaire’s – which took place during a 1976 American Legion conference at a major Philadelphia hotel – was eventually traced to the hotel’s air conditioning system. Conditions within the system had been worsened by guests’ heavy demands at the time. 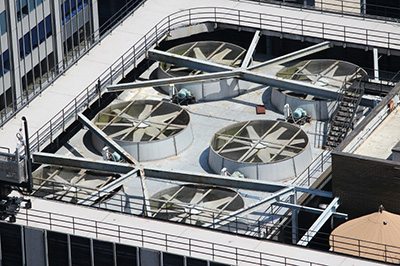 A cooling tower, as many commercial tenants and owners know well, is a type of heat exchange device containing water that helps remove waste heat from a property and extract it into the atmosphere. It does this by putting water and air into contact, which inevitably produces a tiny amount of vapor in the process. Overall, this form of cooling is highly efficient – other methods would perform less effectively and come at significant costs. The trade-off is that buildings with cooling towers must be monitored and maintained carefully to control risk of Legionnaire’s.

The Role of Regulations in Protecting NYC from Legionnaire’s Disease

New York City enforces a variety of requirements on properties with cooling towers.

Commercial property owners recognize that city regulations around safety, security, and energy efficiency have become more complex in recent years. However, the penalty for failure to follow cooling tower rules is particularly harsh: The maximum fine for a single violation is $10,000.

Safety is always first, so contact Donnelly Mechanical for the maintenance package you need.