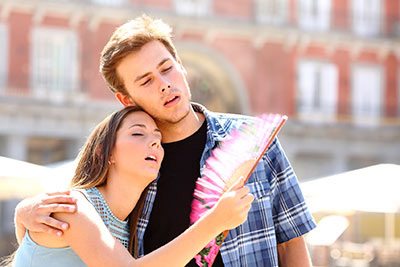 In commercial and residential structures alike, air conditioning is one of the most important parts of usability and comfort. There’s nothing like the blast of cool, refreshing air that hits you when you enter a commercial building. On the other hand, if you find yourself in a building where the air conditioner isn’t working properly, you know it right away.

Air Conditioning Has a Longer History Than You Might Think

Modern, electrical air conditioning was invented in 1902. To put that in context, the first refrigeration system was built in 1834, but refrigeration units for home use didn’t appear on the market until 1913, and the first self-contained unit took until 1923. That means technology has been keeping people and food cool for roughly the same amount of time!

The Arrival of Air Conditioning Technology Really Changed Everything!

Before air conditioning, life was very different – especially in the south, where skyrocketing summer temperatures could make even the simplest tasks much harder. Plenty of innovations in architecture, interior design, engineering, and even social behavior can be credited to the desire to keep cool.

Let’s look at a few examples:

Houses Were Built to Maximize Cool

If you travel through the south, you’ll notice older buildings tend to have very high ceilings. Since heat rises, this would make things far cooler at floor level. Porches and deep eaves protected windows from getting too much direct sunlight. Whenever possible, trees would be planted around the east and west faces of a home to add more shade.

One of the hallmarks of southern architecture is the front porch, though you’ll also see them sprinkled all throughout the United States. Before the advent of air conditioning, temperatures were about the 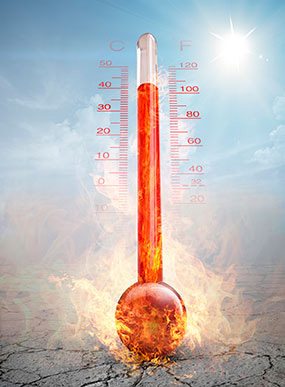 same inside and outside – but outside, you had the chance of a fresh breeze. People would often sit outside for hours at a time.

They Went to the Movies

Ever wondered why it seems the whole film industry is built around the “summer blockbuster”? You might think it has to do with kids being out of school, but the original reason was different: Movie theaters were among the only buildings that were usually air conditioned in the 1930s and 1940s, and people loved the dark and cool atmosphere.

These days, it’s hard to imagine going without air conditioning for even a day in the middle of a hot summer. Most people can’t even remember a time before air conditioning, but we shouldn’t take it for granted! Air conditioning units – especially complex commercial HVAC systems – need regular maintenance to run at their best.

Make sure your building stays cool when it counts: Have your HVAC system checked out by our experts!

Problems with your air conditioning? Contact Donnelly for fast response!