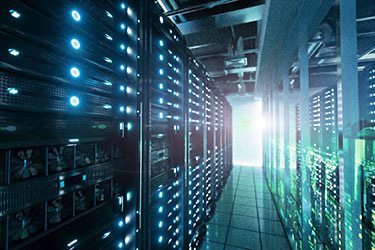 Over the last two decades, the Internet has grown at an incredible rate. In mid-2015, the United Nations estimated that there are 3.2 billion people on the World Wide Web. That’s massive growth from the 738 million or so who were online back in 2000.

All those users depend on sophisticated servers, the powerful computers that take requests from end users and provide them with all the services they need. Servers are behind virtually everything people do online – and they also support 2 billion smartphones.

Let’s not even talk about all the other devices, from refrigerators to televisions, now using Web-aware features. The bottom line: There are more devices accessing the ‘net than ever before, and that means there are more servers than anyone ever dreamed possible.

That presents serious challenges to any commercial HVAC system. 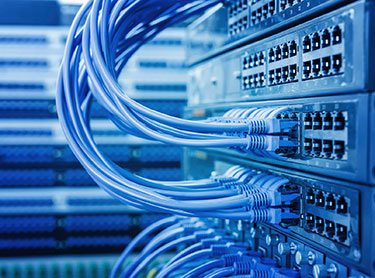 When it comes to high-tech equipment, there’s a rule of thumb: Colder is usually better.

Servers and other sophisticated equipment put out tremendous quantities of heat. To operate efficiently, they need to be kept in a cool, dry, and well-ventilated environment. Even a slight variance in operating temperature or airflow can cause serious problems.
Most servers can soldier on at temperatures that aren’t optimal – for a while. But, if nothing is done to address the situation, a failure could be imminent. A device’s hard drive or processor could overheat, bringing down the system and destroying sensitive data.

When data centers go down, the cost can be measured in millions of dollars per hour.

What is the ideal temperature for a data center? That can vary according to the equipment in use, but the optimal range has been estimated at between 68 and 71 degrees Fahrenheit.

Temperatures should never exceed 82 degrees or go below 50.

The exact temperatures needed by a data center are determined by its specific configuration and layout. One thing is for sure, however: Even a few minutes of disruption can have consequences. Maintaining the optimum environment requires a robust HVAC system, precisely tuned to usage and season.

No matter how a data center is designed, it should use sophisticated monitoring equipment to track temperature, ventilation, humidity, and other environmental factors that affect performance.

At the same time, it’s important to remember a data center can be very costly. Their always-on nature and enhanced cooling load mean they must be carefully optimized to achieve true efficiency. Otherwise, it can cut deeply into revenue.

Donnelly Mechanical can install, retrofit, upgrade, and maintain the HVAC systems for your data center. We also offer 24-hour emergency service to rectify any problem.