In accordance with NYC cooling tower Local Law 77 (LL77) and Chapter 8 (Cooling Towers) of Title 24 of the Rules of the City of New York, building owners and property managers are required to register cooling towers, evaporative condensers, and fluid coolers with the City and to annually certify with the Department of Health & Mental Hygiene (DOHMH) that they have been tested, cleaned and disinfected.

Donnelly Mechanical and our strategic partners NYC Cooling Tower Inspections and Services know the law and offer the services you need. 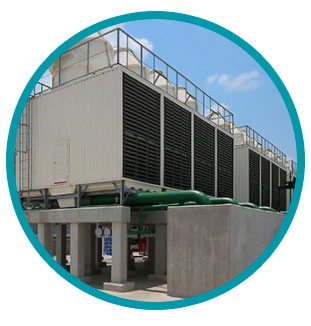 Summary of What is Required:

Inspection – Every 90 days & Before Seasonal Start-up by Qualified Professional

Testing – Every 90 days by Qualified Professional

Disinfection – Requires the use of biocides applied by a commercial pesticide applicator with Category 7G certification issued by the NYS Department of Environmental Conservation (NYS DEC).

Talk with us about how we can keep you compliant.

On August 6 2015, the New York City Health Commissioner issued an order to all owners of buildings with cooling towers in response to the Legionnaires Disease Outbreak in the South Bronx. Building owners are now required to register cooling towers, evaporative condensers, and fluid containers with New York State and New York City. See top of page for link to New York City Cooling Tower Registration Portal.

New York City issued this order because of an outbreak of Legionnaires’ Disease in the South Bronx. Several cooling towers in the affected neighborhoods tested positive for legionella. The outbreak has not affected the City’s drinking or bathing water; it is safe for building residents to drink and bathe with tap water. It is also safe to use home air conditioning units and to be in air conditioned areas.